go drag! is an international drag festival in Berlin, across several venues with many styles of events. It celebrates Drag Kings, Quings, Queens, and many corners of the world of drag performance. At go drag! we will celebrate artists who are often under-represented on drag stages and in mainstream media. It is a festival made by and for women, trans, and non-binary artists. We celebrate a wide range of performers of different ages, backgrounds, and styles.

go drag! 2022 marks the 20 year anniversary of the original go drag! festival, organised and curated in 2002 by Bridge Markland and Diane Torr. The festival was as politically motivated and necessary then as it is now. Especially with the recent popularisation of Drag Queens on TV, it is important that voices from all across the queer community are represented and heard. 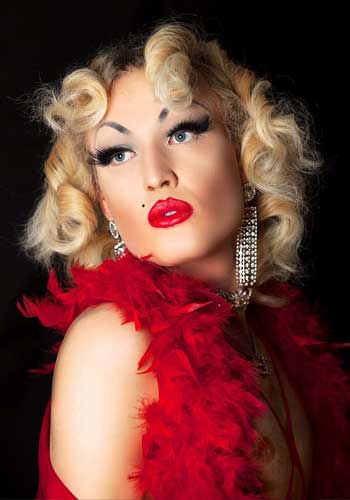 Olive Baldwin alias Bleach is drag queen; promoter, performer and producer. Who has been working with drag since 2017. The hostess of Stockholms Cinema Queer film Festival and Drag festival Stockwig. As a producer she has created many cabaret shows in Berlin including Bollocks To Brexit, POPPERS and productions at Monster Ronson’s. Whilst interacting with the drag scene Bleach is also a photographer documenting their surroundings.
Olive Baldwin curated films + exhibits. 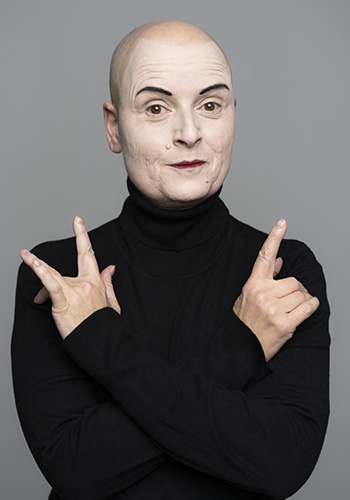 The Berlin performer Bridge Markland is a virtuoso of role play and transformation. With ease she crosses boundaries between dance, theatre, gender-performance, cabaret + puppet theatre. Her specialty are drag + gender performances in which the audience can experience the transformation between woman + man (+ vice versa) live in front of their eyes. Bridge is a pioneer of drag + gender performance in Germany and has organised Drag-King events, tours and festivals since 1994. The first go drag! Festival happened in 2002 under her and Diane Torr’s artistic direction. She toured her production’s in Germany, Europe, USA, Canada, Australia. 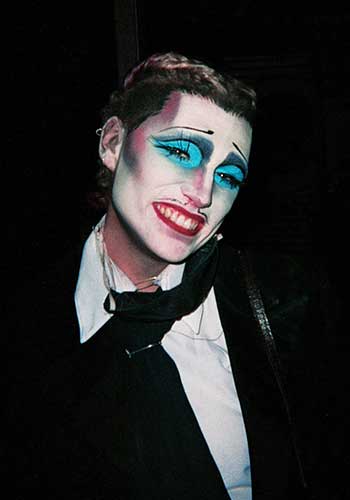 Nancy Lund alias Nancy is a drag artist from the North of England who has, for the last 4 years, been making performances and queer events in Berlin. They are the Drag King Camp Dad, who in 2019 started a show at Silver Future called Venus Boys (name inspired by the film with the same name). This dapper chap had a dab hand in pushing forward the Drag King revolution in the city. After a year of lockdown and growing a pair of tits, Nancy developed their queen character, Shirley Knott, a fanciful old dame who loves to sing and shake her thing.  Recently Nancy has been developing a pantheon of performance characters who expand beyond the binary and draw from various inspirations of what could be. Nancy also has a passion for creating events for likeminded queers to come together, share ideas, and enjoy each others company. The most recent was the clubnight Tranarchy, a drag dance party at club Wilde Renate in Berlin - Friedrichshain.
Nancy Lund curated the Cabaret Evening Shows, Discussions, Workshops + The Party